Despite having proven effective at reducing wildfire risks, prescribed burns have been stymied by perceived and real risks, regulations and resource shortages. A new analysis highlights ways of overcoming those barriers, offering solutions for wildfire-ravaged landscapes.

Stanford Woods Institute for the Environment

Australians desperate for solutions to raging wildfires might find them 8,000 miles away, where a new Stanford-led study proposes ways of overcoming barriers to prescribed burns – fires purposefully set under controlled conditions to clear ground fuels. The paper, published Jan. 20 in Nature Sustainability, outlines a range of approaches to significantly increase the deployment of prescribed burns in California and potentially in other regions, including Australia, that share similar climate, landscape and policy challenges.

“We need a colossal expansion of fuel treatments,” said study lead author Rebecca Miller, a PhD student in the Emmett Interdisciplinary Program in Environment and Resources within the Stanford School of Earth, Energy & Environmental Sciences. 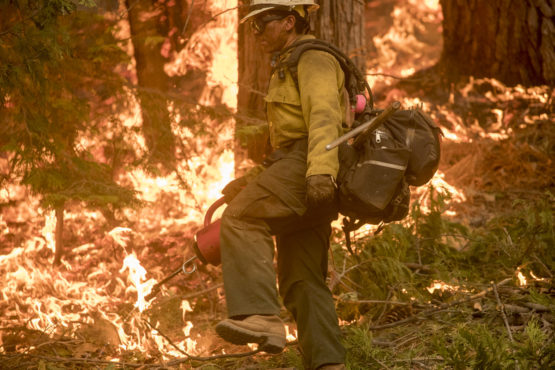 “Prescribed burns are effective and safe,” said study co-author Chris Field, the Perry L. McCarty Director of the Stanford Woods Institute for the Environment and Melvin and Joan Lane Professor for Interdisciplinary Environmental Studies. “California needs to remove obstacles to their use so we can avoid more devastating wildfires.”

Years of fire suppression in California have led to massive accumulations of wood and plant fuels in forests. Hotter, drier conditions have exacerbated the situation. Prescribed burns, in combination with thinning of vegetation that allows fire to climb into the tree canopy, have proven effective at reducing wildfire risks. They rarely escape their set boundaries and have ecological benefits that mimic the effects of naturally occurring fires, such as reducing the spread of disease and insects and increasing species diversity.

To put a meaningful dent in wildfire numbers, California needs fuel treatments – whether prescribed burns or vegetation thinning – on about 20 million acres or nearly 20 percent of the state’s land area, according to the researchers. While ambitions for prescribed burns in California have been rising – private, state and federal acres planned for the approach more than doubled between 2013 and 2018 – up to half of that acreage has gone unburned due to concerns about risks like the resulting smoky air, outdated regulations and limited resources.

To better understand these barriers, the researchers interviewed federal and state government employees, state legislative staff and nonprofit representatives involved with wildfire management, as well as academics who study the field. They also analyzed legislative policies and combed through prescribed burn data to identify barriers and ultimately propose solutions.

Just about everyone the researchers interviewed described a risk-averse culture in the shadow of liability laws that place financial and legal responsibility for any prescribed burn that escapes on the burners. Private landowners explained how fears of bankruptcy swayed them to avoid burning on their property. Federal agency employees pointed to an absence of praise or rewards for doing prescribed burns, but punishment for any fires that escape. Federal and state employees claimed that negative public opinion – fear of fires escaping into developed areas and smoke damaging health – remains a challenge.

Limited finances, complex regulations and a lack of qualified burners also get in the way. For example, wildfire suppression has historically diverted funding from wildfire prevention, many state fire crews are seasonal employees hired during the worst wildfire months rather than the months when conditions are best for prescribed burn and burners who receive federal or state funds must undergo potentially expensive and time-consuming environmental reviews.

California has taken some meaningful steps to make prescribed burning easier. Recent legislation makes private landowners who enroll in a certification and training program or take appropriate precautions before burning exempt from financial liability for any prescribed burns that escape. And new public education programs are improving public opinion of the practice. 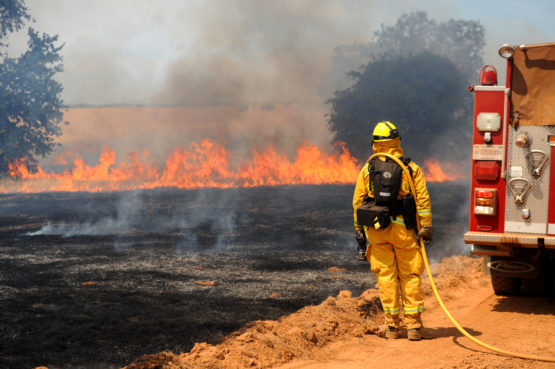 To go further, stakeholders interviewed for the study suggested a range of improvements. They pointed to the need for consistent funding for wildfire prevention (rather than a primary focus on suppression), federal workforce rebuilding and training programs to bolster prescribed burn crews and standardization of regional air boards’ burn evaluation and approval processes. Changing certain emissions calculations – prescribed burn smoke is currently considered human-caused, whereas wildfires count as natural emissions – may also incentivize treatments.

Making these changes will require a multi-year commitment by the executive and legislative branches, according to the researchers. The magnitude of the 2017 and 2018 wildfires prompted new wildfire-related policy proposals, but maintaining that focus during lighter fire seasons will be critical to protecting California’s communities and managing its ecosystems.

“As catastrophic climate impacts intensify, societies increasingly need to innovate to keep people safe,” said study co-author Katharine Mach, an associate professor at the University of Miami who was director of the Stanford Environment Assessment Facility and senior research scientist in the Stanford School of Earth, Energy & Environmental Sciences at the time of the research. “Much of this innovation is conceptually simple: making sure the full portfolio of responses, prescribed burns and beyond, can be deployed.”